54 years on from his West End debut in the controversial musical Hair in 1968, Peter Straker is still regularly appearing on stage and in the recording studio. He had a great success on the Fringe and elsewhere with his terrific show based on songs of Jacques Brel a few years ago, and now, at the age of 78, is trying something new: a compilation show of songs from musicals he has been in, and a few that “they never asked me to be in”.

He welcomes us, appropriately, with “Wilkommen” from Cabaret followed by that show’s title song, which neatly segues into “Hey Big Spender” from Sweet Charity. He gives us songs from, amongst others, Wicked and Rent, then moves into the rock and pop arena with numbers from jukebox, rock and rap musicals such as We Will Rock You, Hamilton, Hot Stuff and The Who’s Tommy.

He pays brief tribute to a couple of his old friends, Freddie Mercury and Lionel Bart, with “Killer Queen” from We Will Rock You and “Where Is Love” from Oliver!.

He sits on a stool with a microphone stand and his words in a ring binder; for the numbers where he is referring to the lyrics more, he doesn’t sound quite as confident yet, but when he gets to a number he knows well, his voice is as strong and compelling as it has ever been, such as in the consistently eye-waveringly high “Many Rivers to Cross” by Jimmy Cliff.

Highlights for me include a wonderful version of Simon and Garfunkel’s “Bridge Over Troubled Waters”, “Jackie” by his beloved Brel and “Acid Queen” from Tommy, a part he played just five years ago at Stratford East.

Of course the finale is from Hair, still a great score, with “The Age of Aquarius” and “The Flesh Failures (Let the Sunshine In)”, and had us all joining in with the refrain in the latter.

He is backed by the virtuoso pianist Gabriele Baldocci, also his musical arranger, a very physical player who is as interesting to watch as Straker himself.

He’s only doing a short run in Edinburgh, so catch this fifty minutes in the company of a musical theatre great while you can.

“The song’s not just for VE Day”

Peter is keen that the song should have longevity and wants it to keep on helping the Royal Hospital:

“It’s not just for VE Day though, it’s for afterwards too. I want more people to become aware of it and donate to the Chelsea Pensioners. I think the Royal Hospital is great and so beautiful. Just to go in is glorious. Although it’s a generation and a way of life we don’t see much, it’s not stuck in the past though, it’s very much now.

Lockdown has been a period of reflection and has made me think we don’t make time to enjoy things – we’re always rushing around. That’s what I like about the Chelsea Pensioners. That generation have time. We don’t look after ourselves from that point of view.”

“I hope people will listen and give to the Pensioners”

The song for the Royal Hospital has been Peter’s only recording during the lockdown period and one that he’s loved doing:

“I enjoyed it immensely, it almost happened organically. I really hope people will listen to The White Cliffs and give to the Chelsea Pensioners, even if it’s just a pound. I hope I can come and sing outside for them too, when lockdown has lifted.”

I want to send this personal message of thanks to all our veterans and recognise the sacrifices they and their comrades made in World War 2 and since.
On this 75th anniversary of VE Day, I’d like to celebrate with my own interpretation of the classic song, The White Cliffs of Dover.
Please watch and donate towards the wonderful Royal Hospital Chelsea using the link below. Our veteran Chelsea Pensioners deserve all we can give at this difficult time. Thank you.
Love Straker 😈

“Enter the glittering world of La Cage aux Folles – the play which spawned four blockbuster films and the Tony Award-winning musical. See the original, riotous and heartfelt farce for the first time in the English language.”

Nightclub owner Georges and his dazzling drag artiste partner Albin create the most spectacular shows in St. Tropez. But when Georges’ son Laurent announces his engagement to the daughter of a notoriously right-wing politician determined to bring the curtain down on the town’s vibrant nightlife, the real performance begins. As Georges and Albin entertain their soon-to-be in laws and attempt to conceal their true nature for the sake of their son, how long can the façade last?

Listen to Peter Straker in Interview with Terry Sullivan on Tuesday 1st October on SG1 Radio/ Smart Radio GY in Stevenage where he discussed this show :

Click this link to cast your weekly vote: https://www.surveymonkey.co.uk/r/522BLGP

UP⬆️5 PLACES TO #16!
Peter & The Royal Band - Queen Tribute feat. Gigi Bernardinelli currently at No.16 in the Heritage Charts, up from 21 with Late Night Taxi Dancer (The Italian Job)!

The track is available on all digital platforms: ➡️➡️➡️ https://cherryred.co/TaxiDancerItalian

It's Sunday, so we know what we will be doing from 5-7pm tonight. It's fresh new music time from amazing heritage artists with @MikeReadUK #NewMusic On App On Line On DAB On Smart Smartspeaker On Freeview 277.

How absolutely lovely to share this week's Heritage Chart with such a talented array of artists! 🥂🎊🎉
Don't forget to cast your vote while you can at https://www.surveymonkey.co.uk/r/522BLGP

"Thank you very much for voting, it's heavily appreciated...keep going, I need you all and I love you!"🍾🥂🥰🌟🎉 🥳Late Night Taxi Dancer (The Italian Job) UP⬆️5 PLACES TO 16 in the #HeritageChart 🤩 Peter & The Royal Band - Queen Tribute feat. Gigi Bernardinelli!! Click this link to cast your weekly vote⬇️➡️ www.surveymonkey.co.uk/r/522BLGPThe track is available on all digital platforms: ➡️➡️➡️ cherryred.co/TaxiDancerItalianCheck out the music video: ➡️➡️➡️ www.youtube.com/watch?v=zJzvGJrB3Sc#queenpassion71#latenighttaxidancer#HeritageChart ... See MoreSee Less

UP⬆️5 PLACES TO 16! Peter & The Royal Band - Queen Tribute feat. Gigi Bernardinelli currently at No.16 in the Heritage Charts, up from 21 with Late Night Taxi Dancer (The Italian Job)!Click this link to cast your weekly vote: ⬇️➡️ www.surveymonkey.co.uk/r/522BLGPThe track is available on all digital platforms: ➡️➡️➡️ cherryred.co/TaxiDancerItalianCheck out the music video: ➡️➡️➡️ www.youtube.com/watch?v=zJzvGJrB3Sc#queenpassion71#latenighttaxidancer#heritagechart ... See MoreSee Less

Shared by kind permission of David Dale. "Throwback Thursday: Opening Night of HOLD TIGHT ITS 60S NIGHT at the Oldham Coliseum 1988. One of the best shows I've ever been in! Left to right: Paul Kerryson, Me, Peter Straker, Mike Holoway" ... See MoreSee Less

It's voting time! 🥰😘 Peter Straker & The Royal Band - Queen Tribute - feat. Gigi Bernardinelli currently at No. 21 in the Heritage Charts, with Late Night Taxi Dancer (The Italian Job)!💥💥💥💥💥💥💥💥💥💥💥💥💥Click this link to cast your weekly vote: www.surveymonkey.co.uk/r/522BLGP🎶🎶🎶🎶🎶🎶🎶🎶🎶🎶🎶🎶🎶The track is available on all digital platforms: cherryred.co/TaxiDancerItalian🎞️🎞️🎞️🎞️🎞️🎞️🎞️🎞️🎞️🎞️🎞️🎞️🎞️Check out the music video: www.youtube.com/watch?v=zJzvGJrB3Sc#queenpassion71 #latenighttaxidancer#HeritageChart ... See MoreSee Less

"Thank you very much for voting, it's heavily appr

To vote for Late Night Taxi Dancer (The Italian Jo

Aaaaaand, back from a break after panto, Straker w 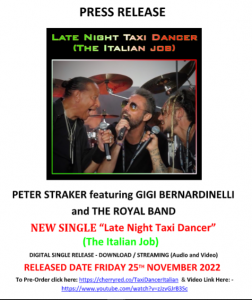 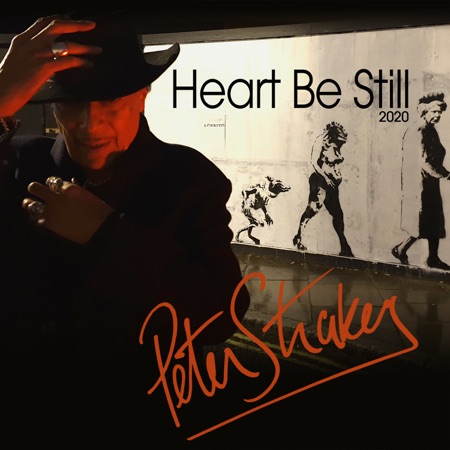